A History of the Three Brass Cartridges

The enclosed brass ammunition casings symbolize the three rifle volleys fired during a military funeral.  Historians believe this custom in concept can be traced to the 17th century when Roman soldiers honored their dead by casting earth upon the grave, calling the name of the dead and saying farewell three times.  It is also likened to the intent of saying an honorable farewell by the three cheers used during the crusades at ceremonial parades.  Ceremonial parades were held to honor the detachments of crusaders who were chosen for duty at far away campaigns.  A band would play a marching tune while soldiers who remained would march past the detachment being honored and give three cheers for their departing comrads.

Today, the three volleys fired by a military funeral detail resonate in the hearts of all military personnel signifying the passing of an honored comrade in arms.
The cartridges presented in this red pouch are from shells fired during the military honors for the veteran being honored at the funeral service provided by
Semper Fi #1. 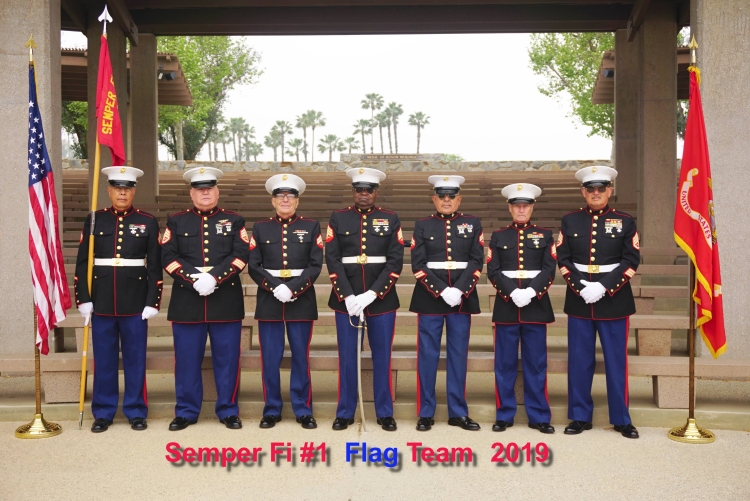 "Semper Fi #1 Memorial Honor Detail has developed a short program called FLAG to help our communities, schools, and church groups to help better understand the protocols of our nation’s flag and national anthem. The presentation includes a brief history of the flag, why it was designed the way it is, how to properly display it, why it is folded 13 times, protocol on when and how to show respect to our flag, and how to fold it properly.

Our FLAG program consists of oral presentations from Marines in dress blue uniforms including a power point, a full color guard, flag displays with poster boards, and a hands on experience for those with a desire to learn to fold the flag.  At the end of the presentation, there will be a question and answer period. This will normally take 45 to 60 minutes for the entire program.  If this will not accommodate your time frame, the program can be condensed to a shorter version

If you, or the school staff would be interested in having our Marines make a presentation, please contact Staff Sgt. Manuel Precie at 909-435-6075 or at his email mprecie@msn.com.  To learn more about our Honor Detail please view our website againtheyserve.org." 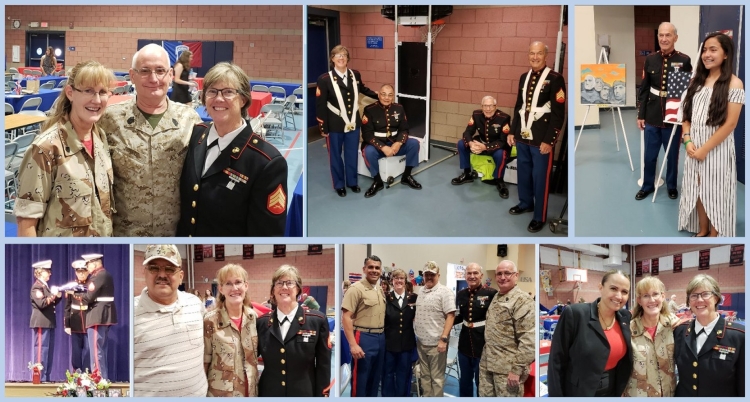 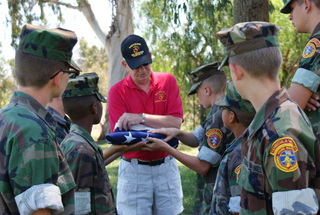 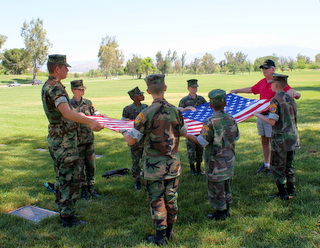 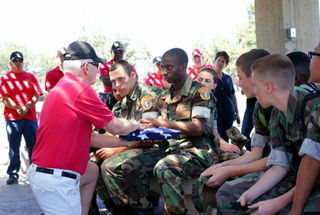 Young Marines of Lake Elsinore & Temecula were trained in the folding and presentation of the flag by members of SAemper Fi#1. Photos courtesy of Ms. Dee Dee Rodler  ©2015.

If I Die Before you wake
Dustin Evans

RIVERSIDE, Calif. (KABC) -- It's not every day that high school students get a chance to sit face-to-face and talk world history with a war veteran. But one high school in Riverside is making it an annual tradition.

At Martin Luther King High School, veterans from all branches of the military packed the gym on Friday to help with a history lesson.

"You can look in a textbook, you can listen to a lecture, but it's not the same as talking to somebody who was really, really there," said John Corona, a U.S. history teacher.

Twelve years ago Corona told his class to interview a veteran of either World War II or the Korean War as a homework assignment. But after his students came up short on interviews, Corona went out and recruited veterans to speak to his class, and "King High Remembers" was born.

The oral history program gives student in their junior year a chance to sit face to face with veterans and learn from their stories.

"It takes a lot out of the classroom and adds a lot more to it, so it makes it more interesting," said student Jared Williams. "Because usually you have certain things and he is just adding more and more to it."

Retired LAPD Officer Michael Simonsen is used to talking to children and young adults about their safety with the help of his parrot, "Officer Bird." But Friday he was present to talk about his service during the Vietnam War.

"Hopefully give inspiration to these young adults if they want to get into the service to actually fight for our country and work for our country, and things like that. It's just an honor to be here," said Simonsen.

The project can be an emotional journey for the veterans sharing their stories and the students hearing them.

Last year, senior Jessica Sarawasee spoke to a Navy veteran who shared with her a memory of a calm sea during war.

"He was talking about his mother, and how he felt like his mother spoke to him," said Sarawasee. "It was very deep -- it's getting to me right now."

Following the interviews with their vets, students will present an essay, DVD documentary or PowerPoint presentation on what they learned during their three-hour conversations with living history.  (Copyright ©2012 KABC-TV/DT. All Rights Reserved.) 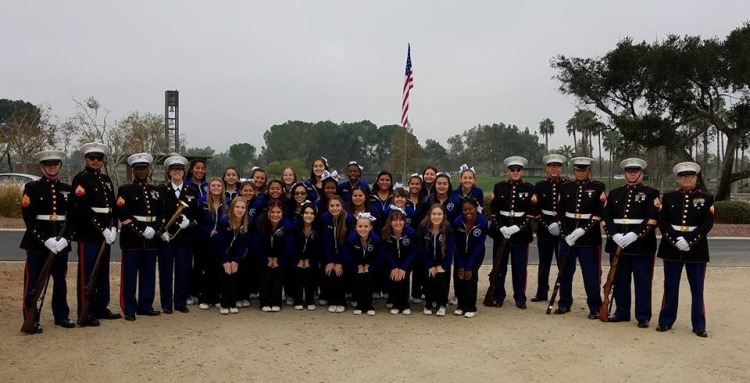