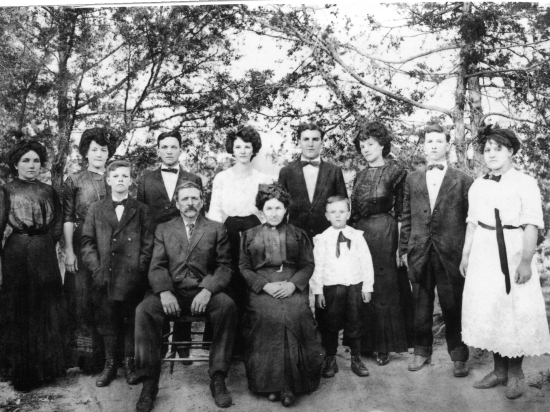 Family Information on Mariah, Ebenezer, and Charles Granger families that went to Polk Township, Bremer, Co. Iowa in the fall of 1856.

The following  and above picture of the Willis Marsh Family was submitted by (Cherie S Scott) Seattle, WA       My grandfather was Ray Marsh, born to Willis Edward Marsh and Lydia Lamora Halsey Marsh,  in Custer  County Nebr.  The following  picture of Willis and Lydia's family. Willis and Lydia are seated. My grandfather (Ray) is the young man standing directly behind Willis.  Ray, Ed and frank all sons of Willis and Lydia relocated to Fresno CA in the early 20's.    Willis and Lydia relocated with their sons and died in Fresno,CA.  My mother (Shirley May Marsh Tolbert) told me she remembered when her grandpa died. she was 3 at the time.  Ray and his wife Bertha left the Fresno area in the mid 40's and settled outside of Sacramento.  The sold the property to my parents in the early  50's and moved to Reno, NV.   They are both buried there. There are a lot of descendants of Ray still living in the Sacramento area and descendants of Ed still living in Fresno.

At 49 years of age Abial(Bial) became the father of Charles M Granger in Vermont/lower Canada, 18 Mar 1838.

CHARLES M. GRANGER Nashua Reporter, May 1916 CHARLES M. GRANGER was born in DeKalb Co. Illinois in 1838, and died May 18, 1916, at the age of 78 years. He came with his parents to Polk Township, Bremer Co, Iowa, in the spring of 1856 and lived at the home of his parents until his marriage in 1863 to Elisabeth Thompson, of Nashua, Chickasaw Co., Iowa. To this union was born two sons, Frank and Oscar. Oscar died in childhood and Frank died in 1894 in Michigan. His wife died in Nashua, June 15, 1882, at the age of 52 years. Mr. Granger lived the life of a retired farmer in Nashua since that time. About a year ago he began to ail then succumbed to Brights disease. He was a man upright in character and had many friends. Relatives and kind friends ministered to his wants during his last illness. The funeral was held at 1 P.M. Saturday, conducted by Rev. Burleigh and interment was in Greenwood cemetery, Nashua, Chickasaw Co., by the side of his wife. Contributed by Claudia Groh and Leonard Granger

In 1842, Comments #3-- The baby and Abial's wife, Melissa Gleason Granger became sick of dreaded Milk Fever and died. The burial site has not been located.

A comparison picture of Melissa Gleason Granger and her niece Minnie Granger. 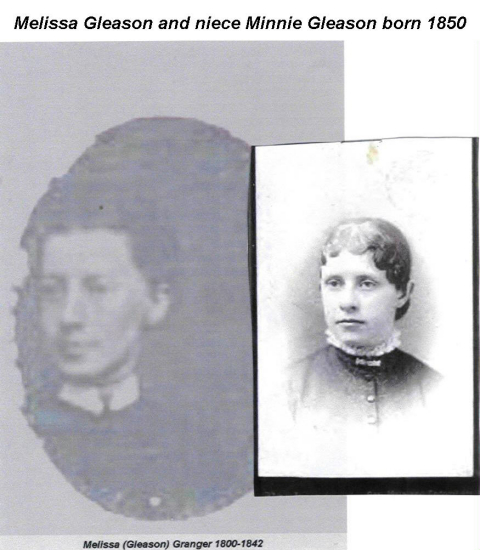 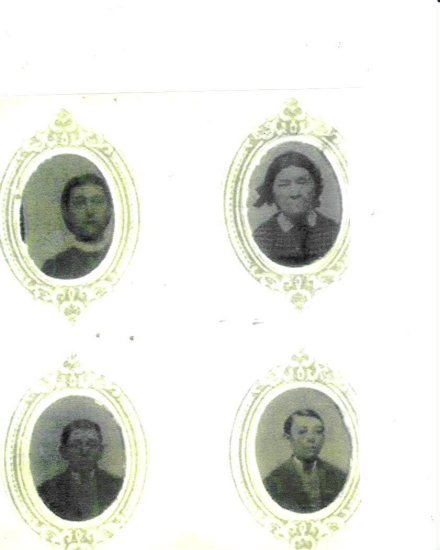