In the Red Book mentioned is a picture  on a man much older then the sons. It is believed this maybe  father John Martin Granger taken  in  1840's. 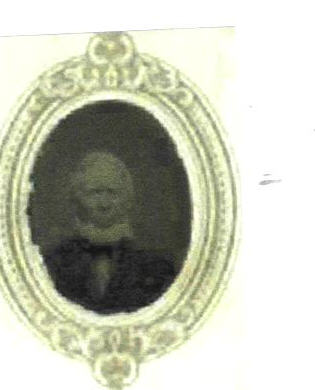 The metal pictures, common in that time, were sent to family members to insert in their Photo Album. 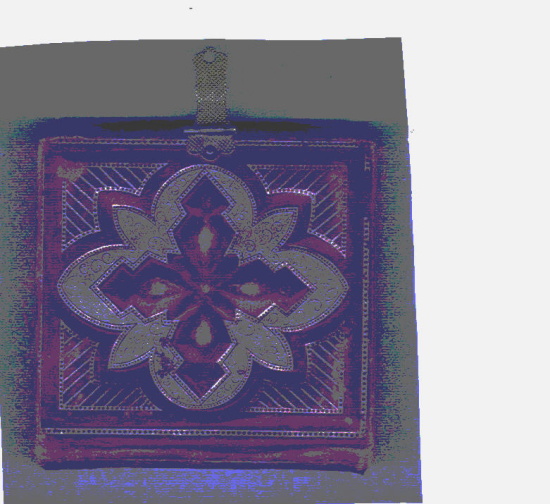 - "THE LITTLE RED BOOK" WAS PASSED DOWN BY ABIAL GRANGER ANCESTORS. IT HAS ABIAL GRANGER FAMILY AND SOME OF HIS BROTHERS AND THEIR FAMILIES. A TOTAL OF 38 PICTURES ON THUMBNAIL SIZE METAL DISCS IN A RED/GOLD LEATHER BOUND ALBUM WITH A BRASS LOCK. ALSO CAME WITH A SMALL MAGNIFYING GLASS. 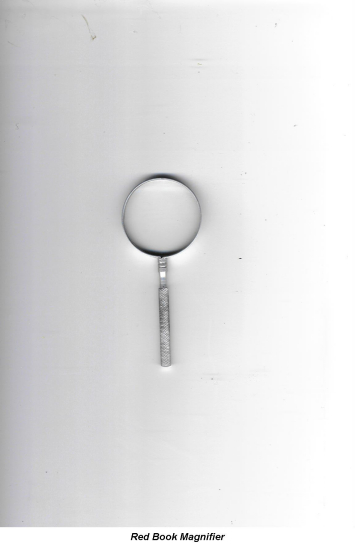 How the Little Red Book (Granger Pictures were saved). Comments by my brother Robert (Bob) Granger.

Mother  and dad (Aunt Florence and Uncle John and "Big John," a neighbor also helped set up for the sale and the sale was all set up and going when I got there) ... had an estate sale to sell aunt Gertrude's household things when she had to go to the nursing home. They wanted me to be there for the sale to to help out. Don't know if they sold the "horse blanket"  (a horse hide with the hair on it) dad or aunt Gertrude had and used to talk about. It was hanging there in the garage on Allen Street if remember correctly. So I went to Waterloo that Saturday for the property sale behind mom and dad's  house on Allen Street. Can't remember exacty but it was either then at the sale or when mom & dad visited us here in Eldridge later that spring, summer or fall (?)  that mom had a small box of various things and gave me the red book and the small magnifying glass that was with it. She said that "aunt Gertrude had been keeping this." Mom didn't know just what it was or why aunt Gertrude kept it but said I might as well have it. Mom probably said to me that the pictures might be some past relatives but I don't remember for sure exactly how she said it.