Lester Granger son of Ebenezer Granger and Olive Marsh Granger assisted his mother and grandmother Hannah (House) Marsh with the House Heirs Assoc. suit against the United States Government.  The follow letter is history of the claim.

Williamstown, KY, Jan 9th at 11 o'clock yesterday morning a meeting was called to order at the Court House of this city, by the House Heirs Association. The House heirs lay claim to an enormous estate in Maryland, lying in Washington and Fredickson Counties and having within the bounderies half a dozen thriving towns and villages and said to worth in the neighborhood of $6,000,000,000, according to the National Sec of the Assoc, Mrs R Adams of Richmond, Ind.
This estate contains some 64,000 acres of land and was the inheritance of Andrew House from some of the Royal family of England, about the year of 1715 and continued in his possession or possession of his heirs until about 1785, when the independence of the United States had been declared and at that time some rich IRON MINES were found to exist on the land. The government tried to persuade the heirs of Andrew House to sell the property. This they refused to do, and on account of the IRON MINE being on the land, the government leased it for a term of 99 years. The government was to pay the heirs the sum of 14 cents per acre per annum, but failed to comply with its agreement. At the expiration of the 99 years which would have been some 15 years or more ago, the estate, should have revested to the heirs of Andrew House. But the nation's Secretary says the US Government disposed of the land, which it had no right to do, 5 years age. Proceedings were instituted by the heirs against the Government of the United States to compel it to make good the agreement made in 1875 and the case had progressed to the present time when it is claimed that all the heirs have been located and they number about 300.

Mrs Adams says the government has offered to pay the House Heirs the sum of $300,000,000, but that while many of the heirs are willing to compromise on these terms, the attorney for the estate refuses claiming that it will be easy to secure the entire sum involved. This will give the heirs something about $2,000,000 each, having about $2,500,000 for attorney's fees.

Nearly all who claim to be heirs to this immense estate who are here today are men and women from the middle walk of life and took upon the prospect of becoming millionaires with glowing anticipation. Letter signed by, Myrtle Villier

Following is Will of Andrew House,  a farmer of Province of Maryland, Frederick County,  a part of the British Colony in 1752. 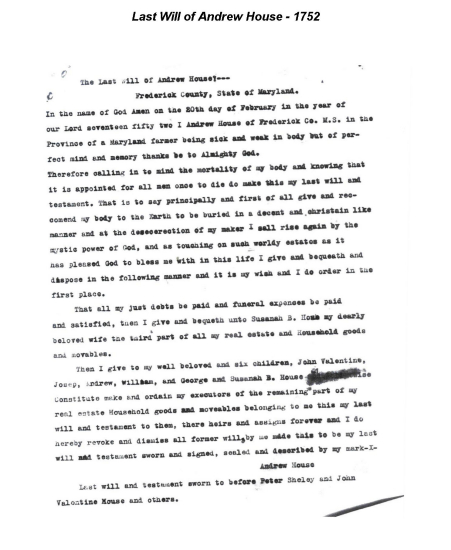 Mayor of Ellizabeth N J  makes his comments to newspaper on claim. 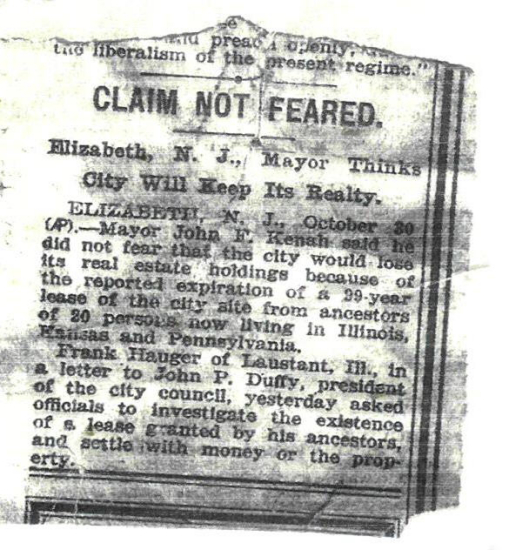 Letter to Mrs Ebenezer Granger (Olive Marsh daughter of Hannah House, heir to House Claim on US Govenment).   She and son Lester A Granger (my grandfather) take up cause after reading the letter from  Sec of House heirs Assoc., Mrs John House. 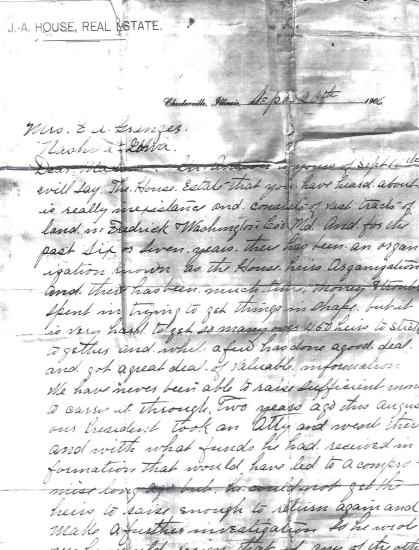 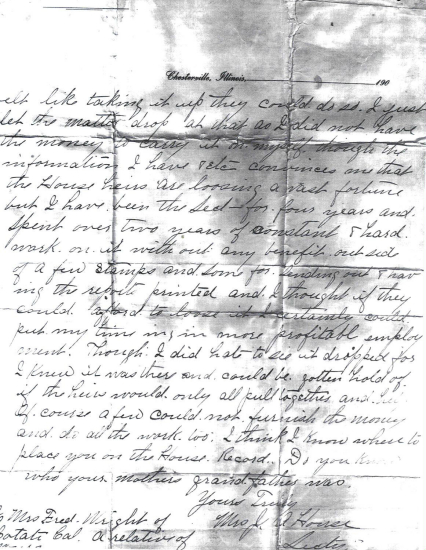