Album has collection of 38 metal pictures  some believed to include brothers of Abial Granger,  3rd son of John Martin Granger.

If anyone can connect them to pictures taken at later date,  please contact me at leonardgranger@cs.com . To date  the  sons Minard and Abial Granger have been identifed.

Following Page has 3 additional sons and Indian brother of Melisa Gleason Granger in top left picture.  The three other pictures appear to be brothers of those shown above. 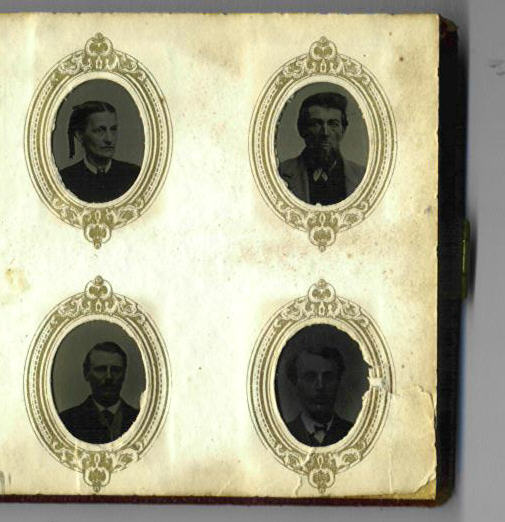