The Details consists of a Color Guard, Rifle Detail, Bag Piper, Bugler, and Flag Folders.  The ceremony begins with a short presentation before the bugler sounds attention, which is then followed by a Three Volley Rifle salute and folding of the
United States of America flag.
Ending the ceremony, the flag is then presented to the next of kin.  The color guard exits the shelter, regroups with the riflemen and flag folders for the final command to depart.  The ceremony ends as the team leader marches the entire detail with the command,
"Semper Fi 1, Forward March".

We have four details which are the Scarlet, Gold, Blue and Green plus a special detail named the S. E. T. Team which is the Special Events Team.

The Semper Fi #1 Memorial Honor Detail will provide services to any veteran who has been honorably discharged and meets the requirements of the Veteran's Administration (VA).  The team if possible will provide a bugler, color guard (with appropriate service flag), firing detail, and will fold and present the flag to the next of kin.  We will also assist in forming other teams that can provide an honorable service to veterans. 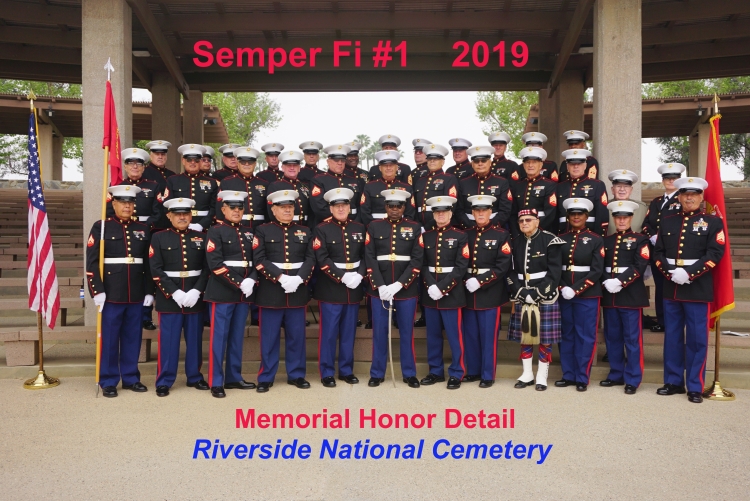 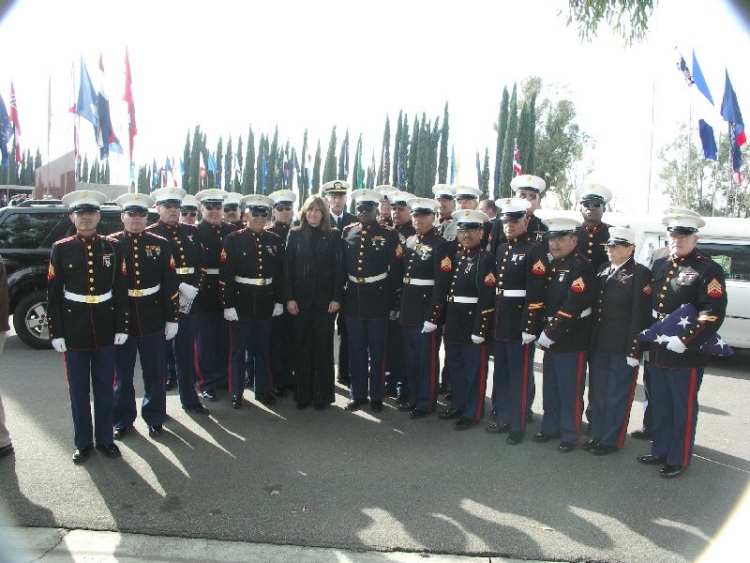 Rep. Mary Bono Mack
Join an all Marine Corps team
and be part of an organization honoring
our military servicemen and women who have
served honorably in the United States Military
We Are
Semper Fi #1 Memorial Honor Detail
Riverside National Cemetery
Contact:Sgt. Mac McClain
jmksmcclain@gmail.com
(909) 225-2346

To donate online please click the "Donate" button below
Thank you

You can help us by using Amazon's - Smile.amazon.com App.  Log into HTTPS://smile.amazon.com and designate Semper Fi 1 Memorial Honor Detail as your charity and we receive .5% of your purchases.